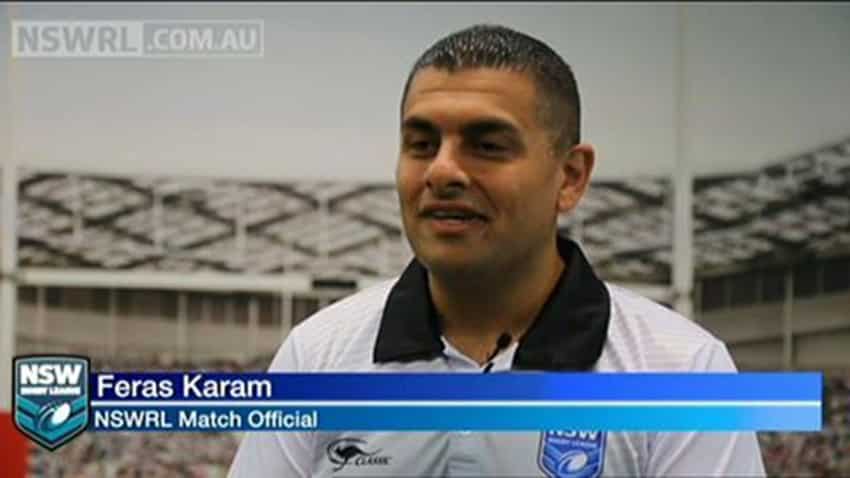 A great new game-wide initiative – “Respect.” Plus, a look at our 2016 referees jersey.

NSW Rugby League statement issued this morning: “Respect” is the key focus of the New South Wales Rugby League’s 2016 game-wide initiative that is being backed by Brydens Compensation Lawyers for the next two years.

From Harold Matthews (Under-16s) to the state’s premier senior competition, NSW Cup, NSWRL is introducing a number of protocols and procedures to ensure players and coaches preserve a strong relationship with referees, as well as respecting their opponents, all officials and spectators.

In a move to eliminate offensive behaviour on the Rugby League field, captains and coaches across all competitions are now required to sign a ‘Respect’ pledge to act in a manner that displays the core values of the game – excellence, inclusiveness, courage, teamwork and respect.

Brydens Compensation Lawyers, announced today as the official sponsor of the NSWRL referees program, has thrown their support behind the initiative and will feature on the front and back of all senior and junior representative referee jerseys for the next two seasons.
NSWRL CEO David Trodden said: “This is a fantastic move for NSWRL and we are confident these new practices will strengthen the respect not only referees warrant, but players, coaches and also spectators.

“We have high expectations at NSWRL and these exciting changes send a strong message that we are serious about out referees’ welfare.”

Players, coaches and referees will now shake hands before every match, with captains to wear armbands to signify their leadership.

Referees Coaching and Development Manager Tony Danks is excited about the pledge and believes now is the right time to make the stance.

“The most important part of this initiative is showing respect to the game because we’re all a part of rugby league,” Danks said.

“We’re all very pleased Brydens has come on board and hopefully the referees reap the benefits of this partnership.”

The NSWRL currently boasts 36 grade and 52 junior representative referees who train up to three days a week.