Working closely with both the New South Wales Rugby League and the National Rugby League, NSWRLRA develops, coaches and mentors young aspiring referees from Districts through to First Grade.

It was an absolute pleasure for the members of the Parramatta Referees’ Association to catch up with a blast from the past in Paul Miller recently at his home on the Mid North Coast of NSW (Forster).

Paul joined the Parramatta Referees’ Association in 1978. He touch judged the 1980 A Grade 1st Division Grand Final. The referee that day was Don Smith and the other touch judge was John Dennis (Life Member). A strong referee in the district, Paul impressed and ultimately progressed to Grade in 1983.

Paul would be most remembered for his involvement in a refereeing first. In Round 18 of the 1983 season there was an afternoon of sensations at the Sydney Sportsground, when Paul Miller came on to referee the second half of the match between the Eastern Suburbs Roosters and Canterbury Bulldogs. Setting out the day appointed to referee the third grade fixture, we doubt even Paul could believe his luck. Not long into the First Grade fixture, the appointed referee Mick Stone was carried off with an injury. The replacement referee Lionel Green became the next to make an early exit as he succumbed to illness at half time. It was left to Paul to walk out into the centre of the Sportsground with his whistle in hand to control the remainder of the contest. The Bulldogs ran out winners 28-12. The story continues, as was custom back then the referees who did the 3, 2, 1’s were invited to the Rothman’s Medal. From third grade referee to first grade centreman, Paul was invited to Rugby League’s night of nights. ... See MoreSee Less

I certainly remember that day. Although not with the same feelings as Paul. Also living in Forster and playing golf.

I remember the day well, kept me busy. One I think has never happened again. It was a dangerous job being a referee and touch judge in those days.

Highly respected member Rickey McFarlane #899 has announced his retirement from active refereeing after a long and successful career.

Ricky officiated in 427 fixtures in both the NRL (where he was NRL #100 graded in the Centenary year of 2008) and the NSWRL.

During his active career he was heavily involved with the Penrith Referees Association. He was Coaching coordinator, social secretary, social committee member, life membership committee member and association trainer as well as development squad trainer/coordinator.

His long active career in both the NSWRLRA & NRL was highlighted by 74 appointments in the NSW Cup (including 29 in the centre) along with 46 appointments (20 centres) in the Ron Massey Cup. Four straight NSW Cup appointments (2003 – 2006) was a standout.

Rickey’s NRL Career which commenced in Round 26, 2009 was highlighted by the Rookie of the Year award in 2011 and included Grand Final appointments as well as City v Country, State of Origin and two test matches – a total of 287 matches.

We congratulate Rickey on a fine career in both the NRL and NSWRL and wish him every success in his future endeavours.

Congratulations on a long & amazing active career in officiating Flex. I recall the first time we met in Canberra at U/18’s Australian championships & not long after that when you did a Knights v Sharks game at Tomaree oval Nelson Bay & got a head cut getting into position to judge a field goal. I’m stoked I got to share a few years in the 3 squads with you. Tough sessions at Sefton, or those grass hills & the Sandhills at Wanda I just loved. Always fun with you & great seeing you always at the front of the pack. Never, ever did you wave that white flag 🏳 friend. Enjoy your weekends & life. Well done #100 Westy aka Sandy

Good on u Rickey Great career. Always enjoyed our trips away interstate

One of the hardest work referees ever. And a great person too. Congrats Rickey Mcfarlane on a phenomenal career.

Congratulations Ricky on your great career.

Congratulations on an epic career WIZZ, all the very best moving forward man. It was great to referee along side you at the PDJRLRA.

Well done Ricky great career. Don’t think I have seen a more passionate guy love the job he does All the best mate.

Congrats Rickey Mcfarlane . For as long as I can remember you were always training and working hard everyday, from your early swims at Olympic Park before coming to work at neway, your endless stories after matches where you would catch up with players and refs for a beer lol, then there was your iron man career 💪🏾 bro you did it all and you should be proud and deserve your retirement to kick back and relax 🏆

I can't match the Superlatives in all of the comments made about you Ricky. In summary, you have been a great role model for referees coming into the game in that you ticked all of the boxes and contributed enormously to the game in a career that will take some matching . Congratulations on your commitment , dedication and resulting achievements and for being one very nice bloke.

Congratulations Ricky, great career, best wishes in your next venture.

One of the fittest Officials ever to lace up a boot. Always pushed himself beyond what was expected. Many years of great games together and plenty of laughs along the way.

Congratulations on your great career, your enthusiasm as match official were first class

Well done Rickey, One of the nice guys. Congratulations on your career 👍

Congrats Rickey been a pleasure watching you officiate. Well done on a great career

Well done and congratulations on your wonderful career🏉🏃now you can Enjoy your retirement. Good luck 🍻

Congratulations on a great career. You have given great service to the game you love. You have have made your family, yourself and the Penrith District proud. I am honoured to have helped you out in little ways over time. Many great memories to reflect on mate. 💪👍

Congratulations Rickey on a great career and thank you for your service to the game.

Congratulations Rickey. Always kept a keen eye on your career. Have been very proud of your achievements. Cheers, from one of your earliest bosses!!!

Always a pleasure and privilege to watch you officiate & hear the way you speak about the game and the profession. Well done and enjoy your next venture.

A wonderful piece designed by Louise Woodward-Styles, a friend in the UK. Captures a larger than life member - Dennis Spagarino.

Life Member and mate to many. ... See MoreSee Less 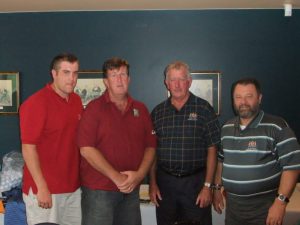 The Board of Directors would like to hold this important social event this year. Golf with some restrictions has been… 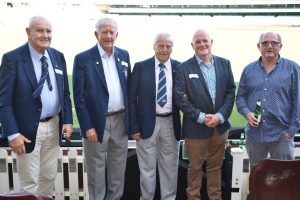 The 2020 Life Members Reunion Luncheon will be unable to be held this year due to COVID-19 restrictions. The Board… 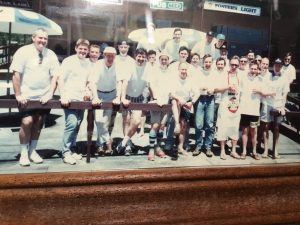 BROOKLYN BASH- 31st YEAR The Board of the NSWRLRA appreciates the history and importance of this great event. We are… 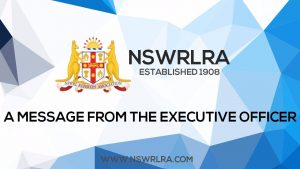 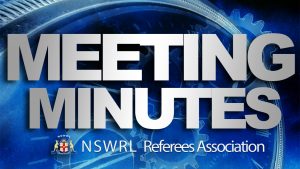