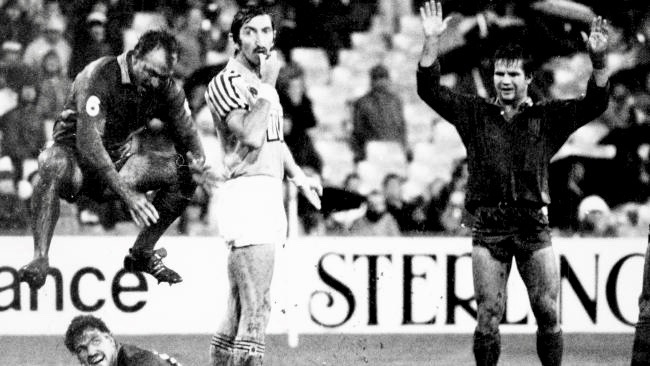 Nicknamed “The Grasshopper”, Gomersall was known for his thin legs inside tight shorts and his habit of ignoring on-field fights.

First appointed to referee State of Origin by the Queensland Rugby League in 1982, Gomersall was often accused by New South Wales supporters of bias.

A reporter from New South Wales once asked: “How do you account for the fact that in your nine matches Queensland won seven and NSW won only two?”, Gomersall was said to have replied “Well, surely anyone’s entitled to two bad games.” Gomersall placed a high priority on personal fitness saying “if someone is going to score a try, I want to be there first.”

Gomersall was a long time Queensland Rail employee. After his refereeing career, Gomersall entered Queensland politics, standing for the electoral district of Mirani in five elections. Barry Gomersall passed away in Sarina in central Queensland on 9 February, 2007 from cancer aggravated by collision with livestock on his farm.

When Barry Gomersall passed, aged 61, NSW hooker Benny Elias paid tribute. “He was bigger than the players most of the time. He was the showman, the Grasshopper – a wonderful, wonderful man,” Elias said.

NSW players and commentators largely shared a different view of the Mackay referee during a nine-match Origin career between 1982-88 in which NSW won twice.

Gomersall, who presided over a 1984 Origin game including a brawl in which Chris Close lost his jersey, coined one of Origin’s most memorable quips about his NSW detractors: “It’s mind over matter – I don’t mind and they don’t matter,” Gomersall said.

Barry’s daughter Katrina said her father had revelled in the pressure-cooker atmosphere of Origin football.

“His whole career was a highlight for him,” she said.

“He loved the game, the interaction, being out there in the middle.

“The main thing for him was that he loved what sport could do for people, particularly children, and the way you made friends from it.

“He had lots of friends from football himself.”

Famous for “refereeing the football and not the fights”, Gomersall was always amused by claims he was biased towards Queensland, which won seven of the nine Origins he controlled.

As a referee, he was outspoken and never afraid to face his critics.

While battling cancer, Gomersall had written on his website “the game is (only) over when the ref blows the final whistle”.

“Our family would like to sincerely thank all the people who got in touch and wished him well,” Katrina said.

“I certainly know my dad appreciated it.” 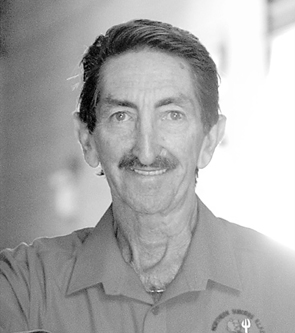 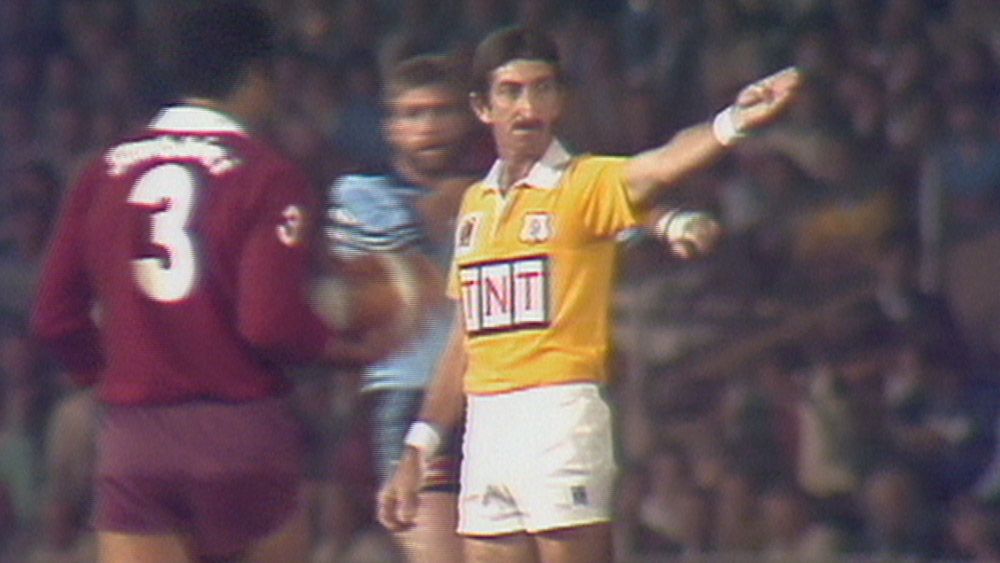 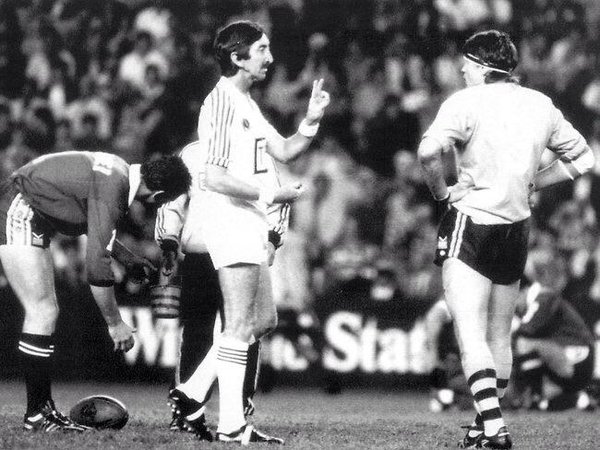 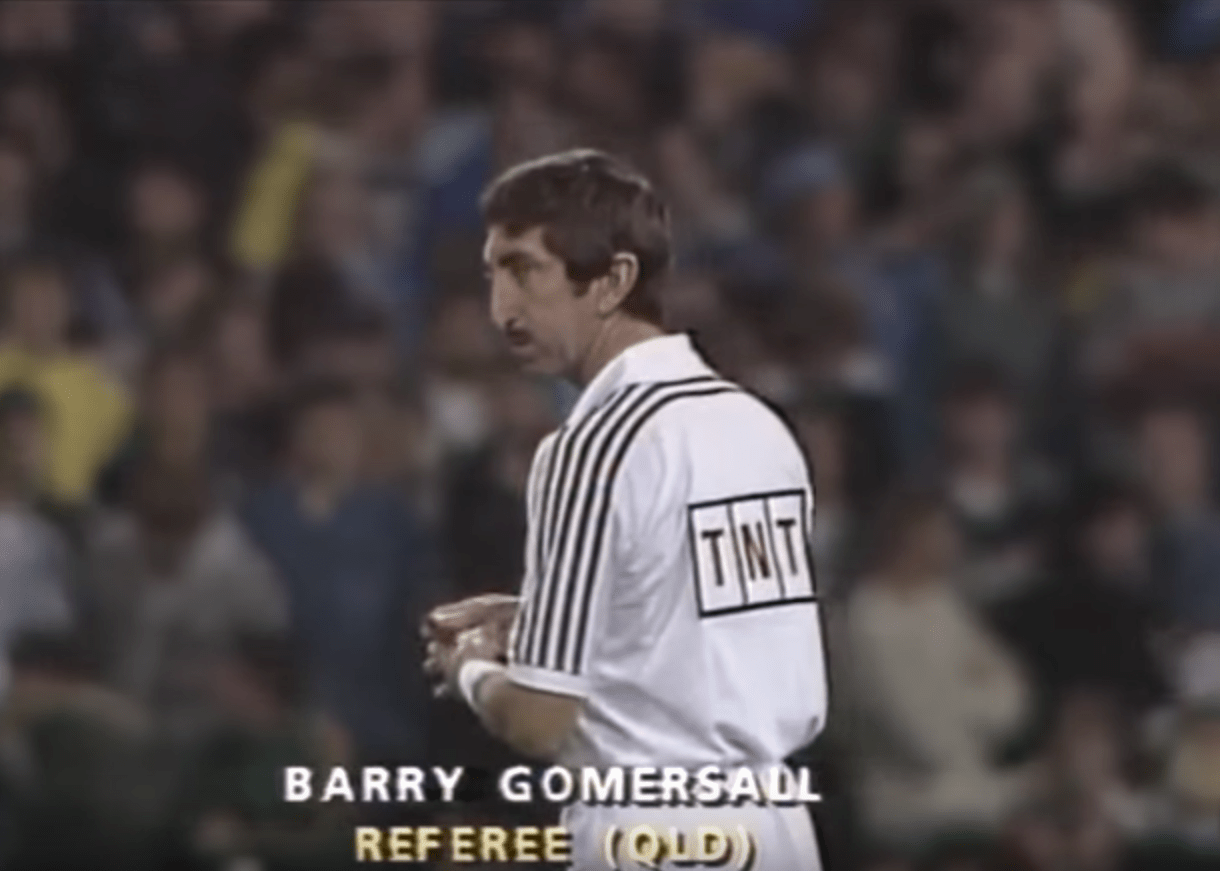 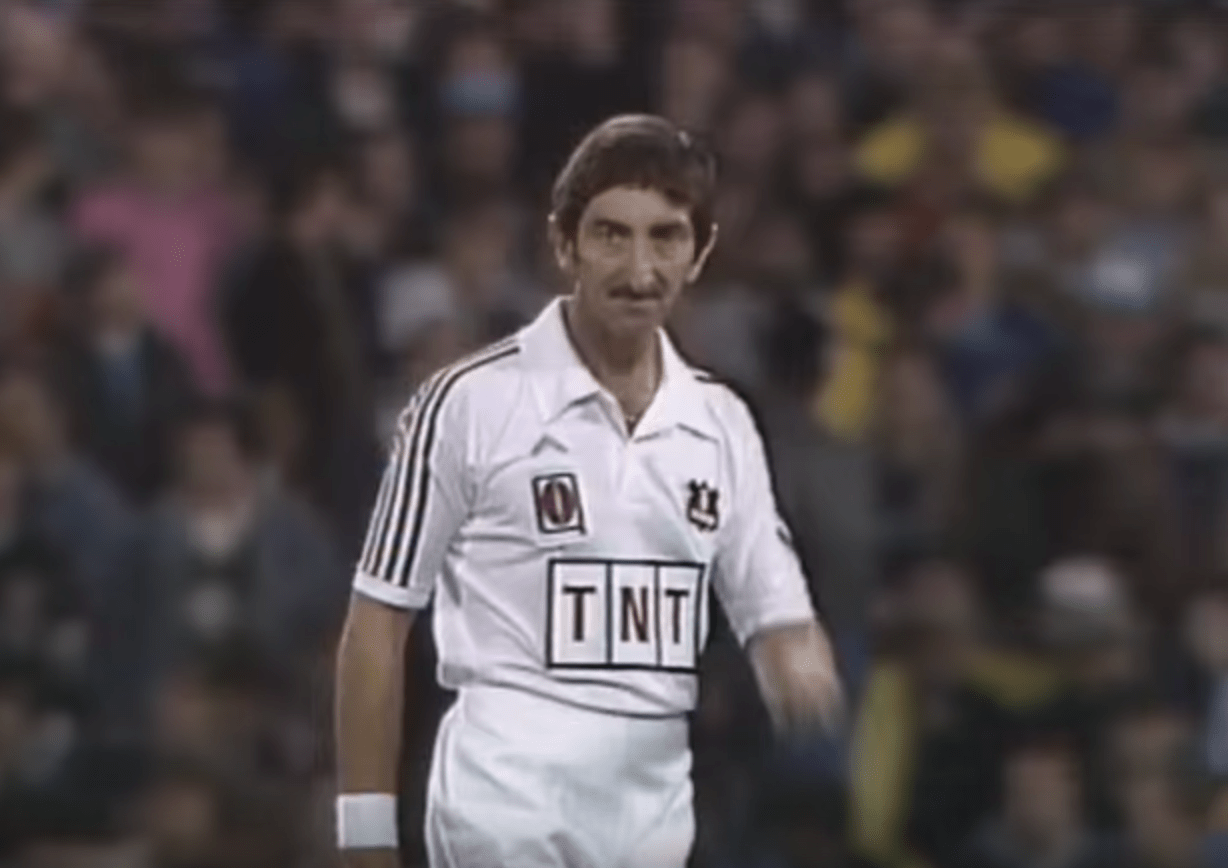 Barry with Mick Stone and John Colenso at the Veterans Memorial Stadium in Longbeach, California for the SOO exhibition game on 06AUG1987. 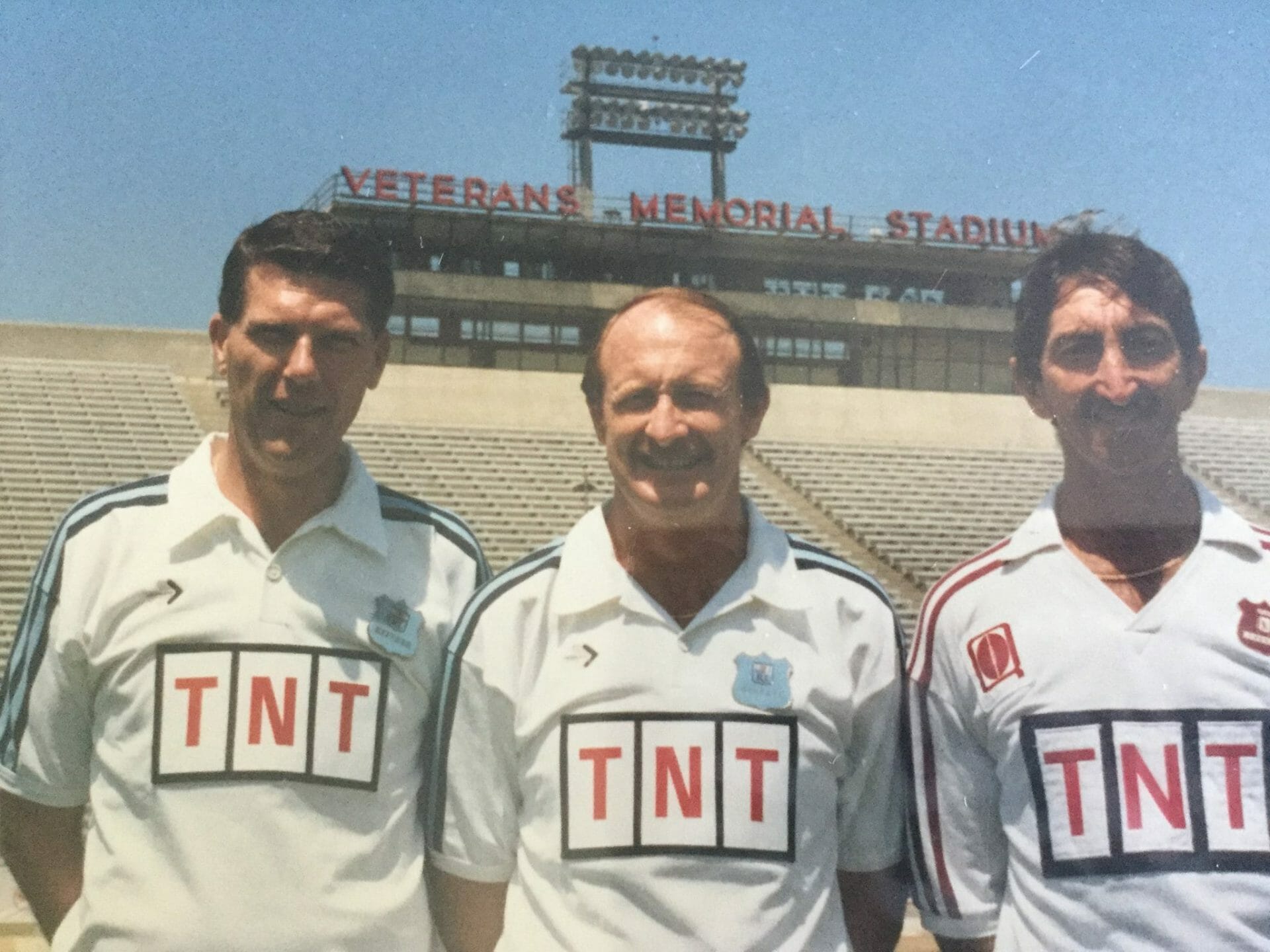