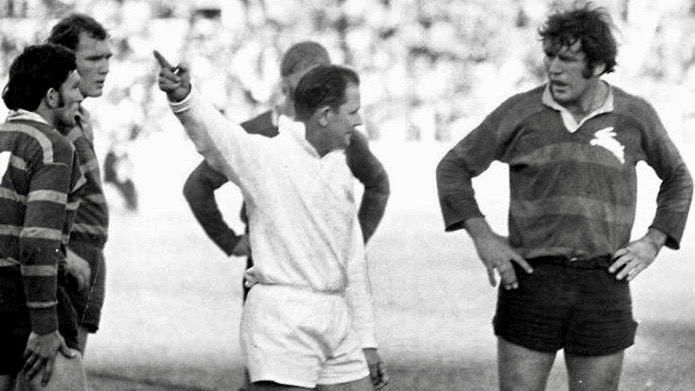 Although Keith Holman stood just 168cm tall, he was one of rugby league’s true titans. The Western Suburbs stalwart is the only man in history to have played and refereed at international level, and he also coached a Sydney first-grade team.

Holman had an impoverished childhood during the Great Depression. In his earliest years he was raised in a shanty by foster parents at Yarra Bay, Sydney, he became a schoolboy supporter of the All Blacks, a local Aboriginal team in the South Sydney junior competition. Educated at St Peters school, Surry Hills, where his constant chatter earned him the nickname ‘Yappy’, he was rejected by South Sydney as being too small. Instead, he added two years to his age and joined the RAAF in 1944.  While serving, he built up his strength and fitness and played football at Ipswich and Dubbo, before becoming scrum half for Western Suburbs in 1948.

Holman rocketed into the limelight from the obscurity of a 1950 Possibles v Probables game. Holman played for the probables and a fortnight later he was in a similar game that acted as one of the curtain raisers to a match between New South Wales and Great Britain.

From that, he was a shock selection in the Australian team for the first Test a week later. Therefore, he has the rare distinction of playing for Australia without having represented his state or city. He competed for NSW later that season against Queensland and England.

Continuing to play for the Wests in first-grade, he played in all three Tests in 1951 against France, and in 1952, he was in the first two Tests against the Kiwis. He missed the third Test due to concussion suffered in the second Test. In England he figured in two Tests, teaming brilliantly with his club five eighth Frank Stanmore as Australia recorded a convincing win in the third Test. He also played all three Tests in France that year.

Selected to represent Australia in the first World Cup series in 1954, Holman played Great Britain and France and then toured America, playing New Zealand at Long Beach in Los Angeles, winning the Dick Hyland Trophy as the player of the match. He was selected to play in the second World Cup series in 1957, which Australia ultimately won, that same year, he was made a life member of the Western Suburbs Rugby League Club. Holman represented Australia until 1958 but continued to play first-grade football for Wests until his retirement in 1961. He retired having played 203 first-grade matches (plus 16 in reserve), 35 Tests for Australia (including 14 for Great Britain which at the time was a record), and 27 matches for NSW.

After his retirement, Holman had a distinguished career as a referee and a coach. He refereed from 1962 until 1974 in approximately 308 games of all types, including one grand final in 1971 (Sth Sydney v St George) and two Tests in 1972, Australia v New Zealand in Brisbane and Sydney.  From 1964 to 1967, as part of the Rothmans National Sports Foundation, he toured Papua New Guinea, where he lectured and examined for the Australian Rugby League for referee’s tickets. He also coached in Port Moresby. In 1974 Holman was made life member of the Papua New Guinea Rugby League. He was a member of the NSW coaching panel from 1962, and from 1981 to 1986 was its chairman.

In 1977 Holman was made a Member of the Order of the British Empire for his services to rugby league.

In 2008, Holman was included on a list of Australia’s 100 Greatest Players (1908-2007) which was commissioned by the NRL and ARL to celebrate the code’s centenary year in Australia. Holman was the only rugby league player to have a junior club named after him, with the Enfield based Holman club being a proud member of the Western Suburbs junior league.

Keith Victor Holman passed away in Sydney on Tuesday 11 October, 2011. 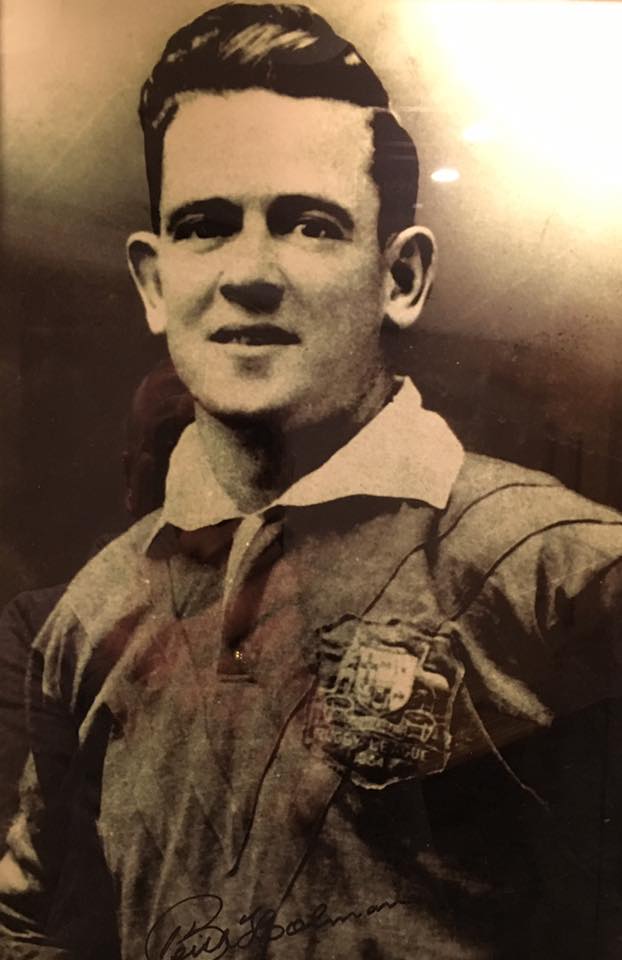 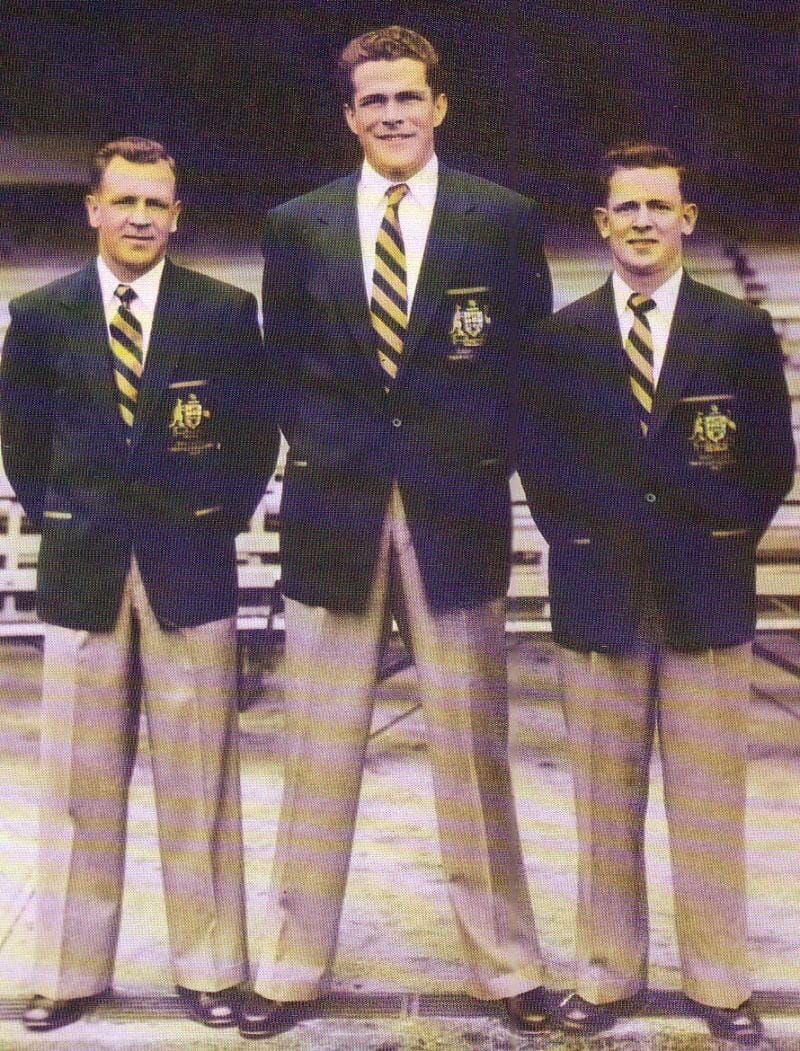 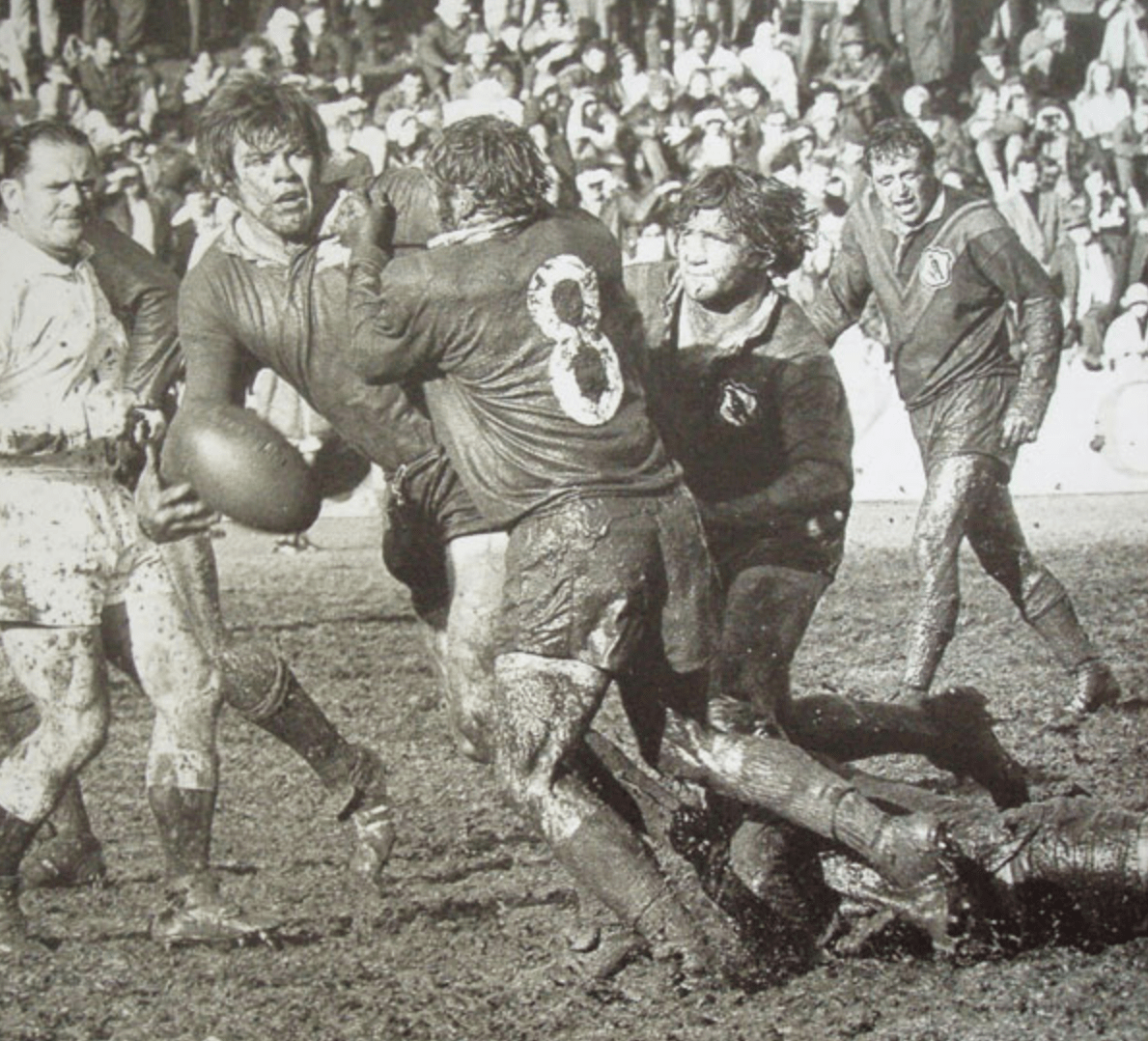 Keith refereeing as Bob McCarthy slips a ball away against Wests. Sydney Sports Ground, 31MAY1970. 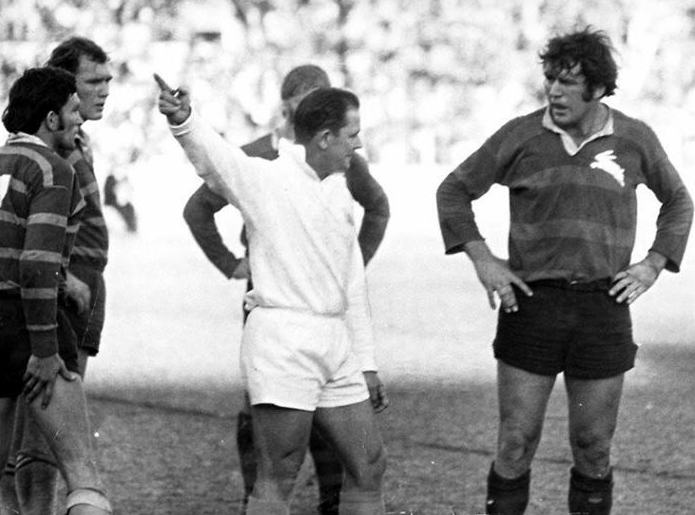 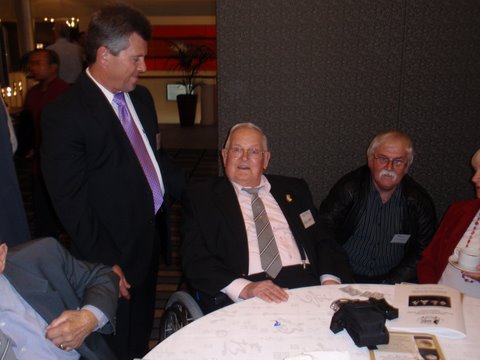 Yappy and his son Neale at a Wests night, Paul Dillon looks on. 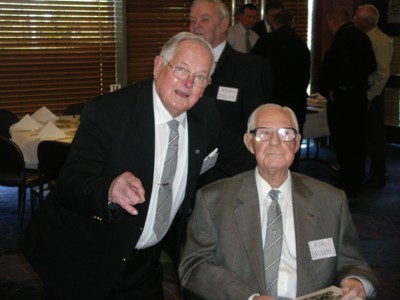 Keith and Laurie Bruyeres at a Pratten Park Magpies Reunion.