NSWRL named Organisation of the Year at the NSW Sports Awards 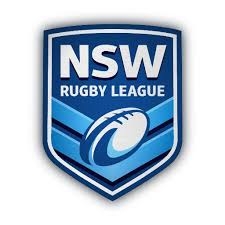 Congratulations to the NSWRL who have been recognised for a season of outstanding success after winning the coveted title of Organisation of the Year at the 2018 NSW Sports Awards.

“I’m proud of the work the NSWRL does at grassroots level and humbled to receive this award,” Dr Peponis said.

“Rugby League is an inclusive sport and the NSWRL runs a number of programs to ensure there is an option for everyone to enjoy the game.

“We have enjoyed remarkable growth this season and I’m confident we can continue to build on that number next season.”

Trodden added: “It’s an honour to be recognised as the best sporting organisation in NSW, particularly as we were competing against such worthy opposition.”

“The NSWRL has enjoyed a successful season and the team behind me works hard every day to promote and grow the game across the state.

“I thank the judges for their vote of confidence in our organisation and I’m confident the NSWRL will continue to work hard to ensure another successful season in 2019.”

The NSWRL enjoyed a highly successful season on the field including:

The NSWRL was also recognised for successfully running nine competitions during the Rugby League season including the Intrust Super Premiership NSW, the Harvey Norman NSW Women’s Rugby League Premiership and the Jersey Flegg Cup (Under 20s).

The judges also considered for the award the work the NSWRL has done at grassroots level, as well as its proud record of inclusion and diversity, in programs including Wheelchair Rugby League, Try League (ethnic communities not familiar with Rugby League), and contact and non-contact competitions for boys and girls.

The NSWRL has enjoyed impressive growth in 2018, with overall participation rates up by 5.5 per cent, female participation up by more than 60 per cent, and the retention rate for the game at almost 72 per cent (which is above the national average).

The NSW Sports Awards is an annual event which has been held since 1994 and serves to recognise outstanding achievements and excellence in NSW sport across several categories including athletes, teams, coaches, officials, administrators, events and organisations.